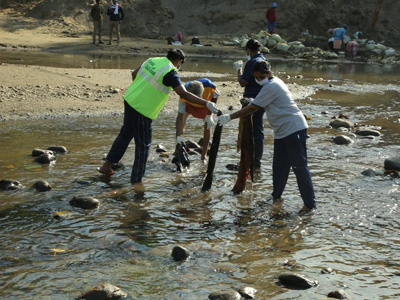 After every season, garbage piles heap up as pilgrims dump refuse, mostly plastic, in and around the temple and en route. The core problem during the pilgrimage season is the massive rate of environmental pollution. The dumping of plastic wastes has also resulted in death of the animals in the forests.

This led to the launch of a massive campaign to spread awareness of cleanliness among pilgrims, called Punyam Poonkavanam. The movement is into its fourth year since inception in 2011 and gaining momentum year after year. The movement has received wide accolade from various quarters and prominent personalities from different fields have participated with the movement in its effort to keep Sabarimala dirt free. The Honourable High Court has lauded the movement and has placed its appreciation on record. The High Court has observed that project at Sannidhanam has contributed much to keep the premises clean. That project has now evolved to be of people’s and pilgrims project; appreciated throughout the length and breadth of the nation and in particular, the states from wherever people in huge numbers come to Sabarimala. The pilgrims have taken PunyamPoonkavanam project to their heart and soul and are participating in that project with devotion, as if, it by itself, is an offering to the Almighty. We hope that this conducive eco-friendly approach continues. TDB and the State Government shall do everything required in this regard.

The movement is now all set to extend to all pilgrim spots across the country to spread message of cleanliness is godliness and also to make aware of the significance of Responsible and Conscious Pilgrimage.

Right now, the initiative is focusing on ensuring a clean and garbage-free Sabarimala. Right fromNilackal, the gateway to Sabarimala, to Sannidhanam, the shrine.The movement plans to achieve the goal by sticking to the panchamanthras that should govern all the devotees arriving at the hill shrine for darshan.

The prime intent will be to convince the devotees not to bring plastic wastes and to abstain from dumping it at Sabarimala and to carry the waste generated by them back from where they have brought and to dispose appropriately. The further plan will be to ensure the participation of all the stakeholders in the cleaning process and thereby maintaining the sanctity of Sabarimala Sannidhanam.

If Lord Ayyappa’s Grove can remain sacred; every temple can be so!

Because, Tat Tvam Asi! God resides in you! 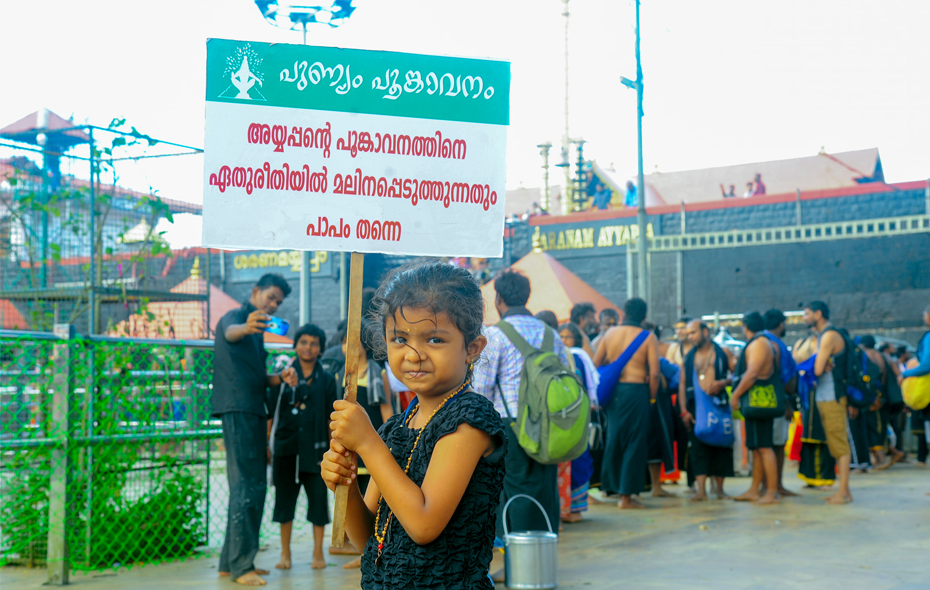 Deep inside the verdant forests of Western Ghats is SABARIMALA, the abode of Lord Ayyappa. More than 15 million pilgrims from India and abroad throng this hilly shrine annually. The annual pilgrimage begins in the month of November and ends in January. The temple is open on the first five days of every month in the Malayalam Era Calendar.
Pilgrims trek and brave steep and rocky climbs to reach Sabarimala which is situated amidst eighteen hillocks. As they reach the precincts of the shrine they realize that they are not different from the Lord Himself.

The pilgrimage begins with the devotee putting on a beaded chain and observing rigorous penance of 41 days, with total vegetarian food and abstinence from worldly pleasures. Purged of all impurities, physically and spiritually, the pilgrim prepares himself for the yatra. Right from the day the pilgrim puts on the beaded chained, symbolizing the penance, he is addressed as Ayyappa. The faithful becomes one with the faith. Man and God are no longer two entities. The Chandogya Upanishad concept of Tat Tvam Asi or Thou Art That is the essence of the Sabarimala pilgrimage and the Ayyappa cult.

History
How to do it

Do not bring anything, especially plastic, that will harm the Poonkavanam.

Do not leave the garbage created during the pilgrimage at Poonkavanam. Take it back to one’s own place and dispose it.

Ayyappas reaching Sabarimala should engage in cleaning work for at least one hour.

Do not relieve oneself in open space. Keep the toilets clean.

All Ayyappas are alike before the Lord. Do not create needless rush and commotion.

Leave seeds of virtue, and not garbage, behind when you leave Poonkavanam. 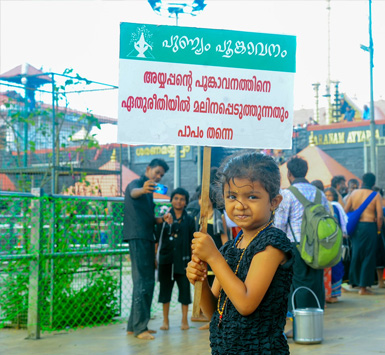 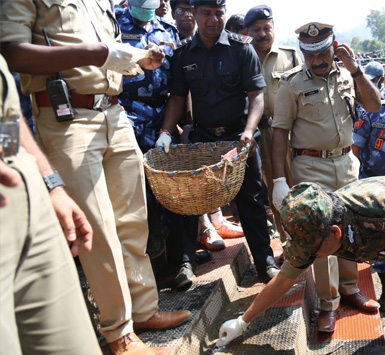 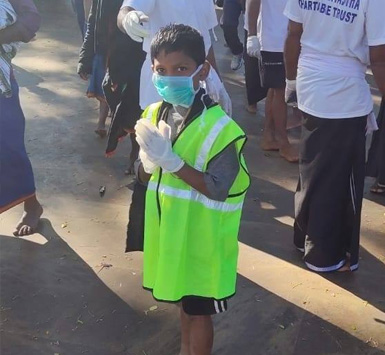 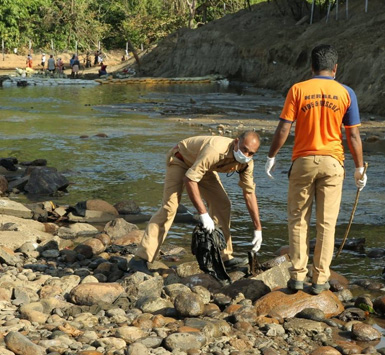 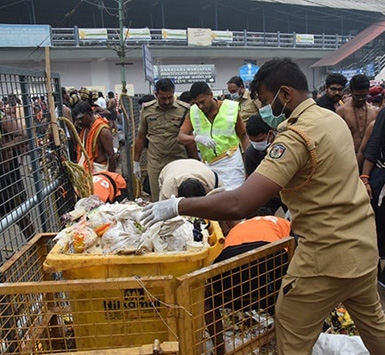